Homeowner’s insurance wasn’t one of the use cases we initially targeted with Canvas, but we’ve seen a steady drumbeat of interest since its launch. In particular, with the wave of damage caused by Hurricane Harvey, Irma, and Matthew, there has been a noticeable increase in the number of customers reaching out looking to use Canvas in the insurance industry.

In particular, we hear from two groups:

For insurance carriers, Canvas can add value in a few areas: revisiting spaces and speed up claim assessment.

Revisit (and re-measure) any space digitally

When writing a new policy for a homeowner, it’s typically not economical to get every measurement of a home or the contents in it. It would take someone too much time, and therefore cost too much money. You’d normally be talking about doing a full as-built survey, which can cost thousands of dollars, as well as inventorying someone’s stuff.

With Canvas, however, you can be in and out of a home in under an hour, and walk out the door with every possible measurement you would ever need for that home.

Need to know the length of the countertop after a burst pipe damages the kitchen? It’s in the model.

Need to verify whether the customer’s antique wardrobe that allegedly burned up in a fire was actually there when the policy was written? It’s in the model.

Need to quickly price the total cost to replace the bathroom floor after a flood? It’s in the model.

Basically, imagine having this on file for every single one of your customers: 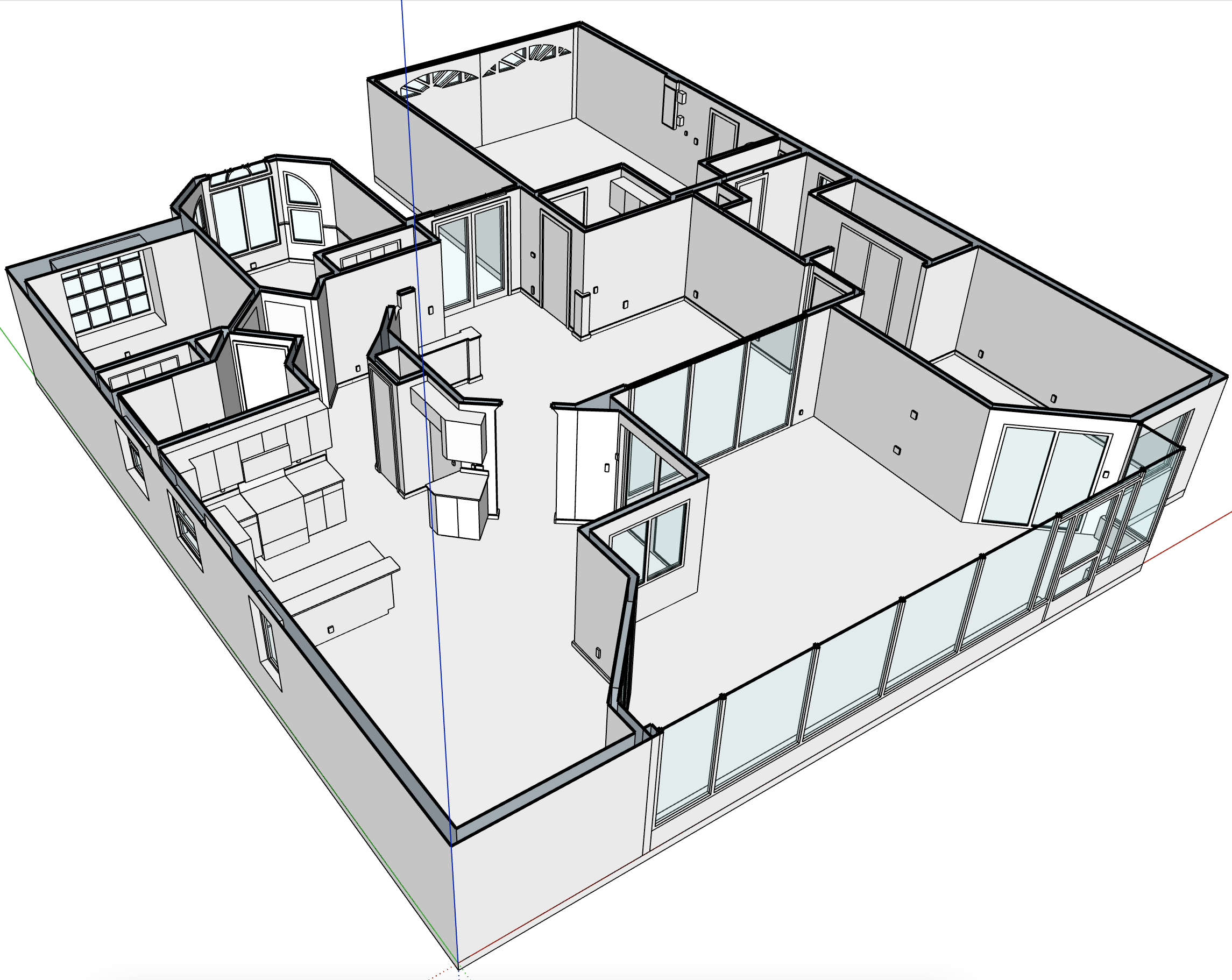 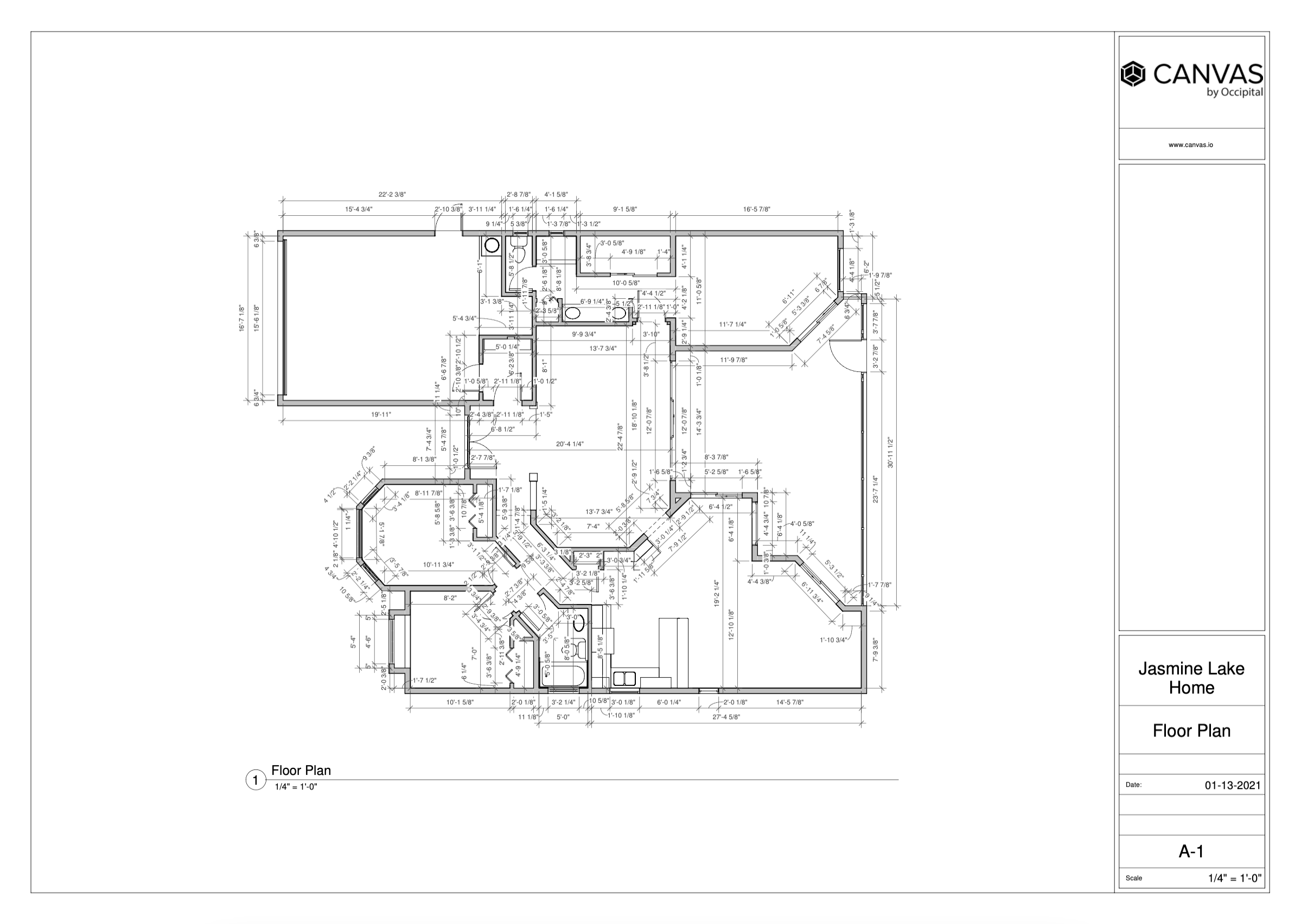 With Canvas, you can capture all the measurements you need for a typical room in minutes, including high-fidelity capture of damage on-site.

Not only can this dramatically cut down the time spent by damage assessment staff in a home, but it also means that they generate substantially better documentation to revisit later. This not only can help when auditing a claim, but it can also allow for “remote assessment” whereby a less experienced person can be sent to capture the space, and your claims specialists at HQ can do all the damage assessment.

For adjusters, we mainly see Canvas used to:

Typically, this is localized within the context of a specific damage claim, but you theoretically could use Canvas to pre-emptively create the 3D model so you have it in case of damage later.

As Canvas was not built for the insurance industry, our output formats are not customized for common estimating tools (like Xactware). Each of these typically have their own proprietary format, and actively prohibit third-party data import.

Your options to bring this data into your estimating software are:

Working with the 3D scan is usually new to most professionals in this industry, so CAD will typically have less of a learning curve. However, that is a paid service, which would still require a little bit more manual work after delivery, so it may make more sense to just use the scan itself.

If you are excited about Canvas and are willing to commit to large volumes of scans, it’s possible that we could customize Scan To CAD to work directly with your estimating tool of choice. Please contact support@canvas.io for more details.